Disclaimer. This blog is not an attempt to list all news and announcements that made at JavaOne 2012 – you can find plenty of transcripts online. It’s a very subjective (a.k.a. not objective) and opinionated representation of what I feel being here today. The morning after I may feel differently.

JavaOne is the second largest conference for Java developers and is almost as big as European Devoxx. I don’t have any official numbers, but it seems that JavaOne 2012 attracted about 2500 people from around the world.

The first part was delivered by unknown Oracle employees, which was big mistake IMO. The conference should have started with generating some excitement. I didn’t expect to see Steve Jobs caliber presentations, but at the very least the conference should have been opened by the recognizable people (is Larry Ellison too busy to record an address to the Java crowd?). I understand that the Java strategy presenters are not professionally trained actors, but saying the word “wow” in a tone as if someone died is a flaw. Dr. Ballard who discovered Titanic delivered the talk that demonstrated how to talk the talk. You may say, and rightly so, that James Gosling left Oracle and Joshua Bloch with Neal Gafter are not allowed to speak at JavaOne. But there were lots of excellent engineers that I’d like to see first.

Whose idea was to have Cameron Purdy to wear a suit? He’s an great presenter with an excellent sense of humor. Later in the evening, I met Cameron at the party where he looked and talked as expected.

The second part of the keynote was given to a diamond sponsor IBM, and I was prepared to hear some marketing spiel. I was wrong – IBM fiercely competes with Oracle in the Java space, and their keynote was a lot more technical, interesting and well presented than the first one.

Finally, the third keynote was technical with the right people. These people should have opened the JavaOne. Brian Goetz and Arun Gupta can deliver the message well. But why there were no applauds when Brian’s appearance was announced? Do people not know that he’s the man behind Java concurrency?

Now, let’s imagine that I’m a creature from some other civilization sent to the planet earth to see what are these humans are up to. After attending this keynote I’d report to my bosses, “These Earth inhabitants don’t even have smart phones or tablets yet. They just have some microprocessors and their main strategy is to put Java in there.” I mean, c’mmon! What does it mean? I don’t have any insider’s information, but it seems that the Java strategists decided that there is no way that Java can compete on iOS and Android, so there is no reason to even waste time on trying. What’s not taken by these evil Google and Apple folks? Any devices? Let’s pour Java in them real quick. 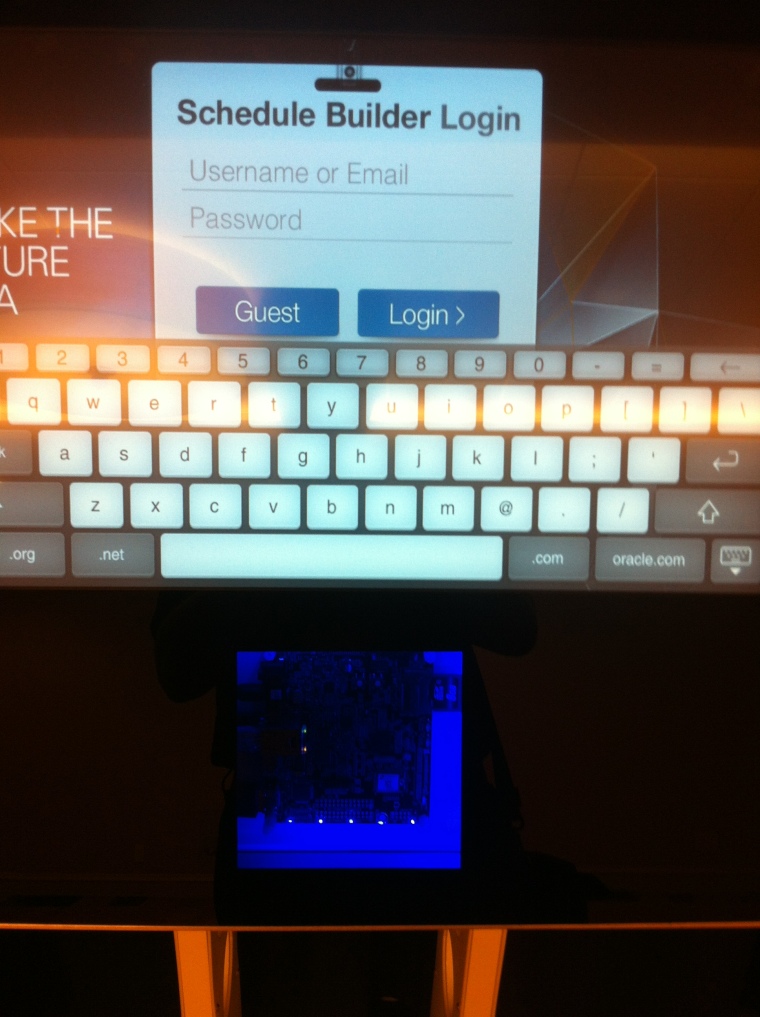 I really hope that next year’s Java keynotes will be better prepared and delivered.

What I like about the keynotes? It seems that some presenters were allowed to move that scary legal Oracle’s slide to the end of the presentation.

One of the attendees approached me and said, “I don’t remember your name, but I see you all over the Internet. I like reading your sarcastic blogs.” I don’t know the name of this person either, but this blog shouldn’t disappoint him, should it?